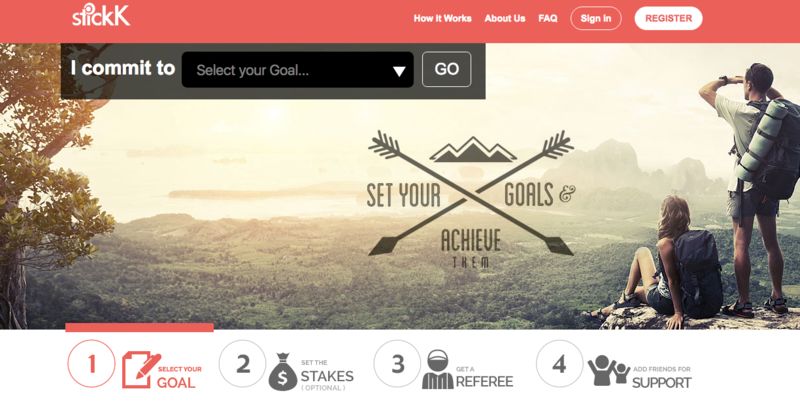 'stickK' is a Free Productivity App Based on Yale Studies

Joey Haar — December 27, 2017 — Lifestyle
References: stickk & producthunt
Share on Facebook Share on Twitter Share on LinkedIn Share on Pinterest
Everyone sets goals for themselves both big and small, but achieving those goals comes with mixed rates of success; stickK is a new productivity platform that uses empirically proven techniques to up users' odds of achieving their aims. The system is based on Nobel Prize-winning studies from behavioural economists at Yale, and it claims to increase the chances of achieving a goal by three times.

The stickK platform works by signing users on to Commitment Contracts: agreements that users make with themselves to achieve a certain task or goal. Through the psychological principle of loss aversion, these contracts encourage people to stick to their plans.

To raise the ante, stickK augments its Commitment Contracts with actual monetary value. Users can put up 'Stakes' in the form of money, and if they achieve their goals they keep the money -- however, if they don't achieve the goal, that money gets donated to the recipient of their choice.
1.3
Score
Popularity
Activity
Freshness
View Innovation Webinars