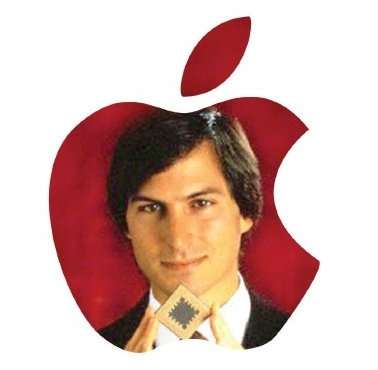 Corinne Guirgis — June 7, 2011 — Business
References: 9to5mac & mashable
Share on Facebook Share on Twitter Share on LinkedIn Share on Pinterest
With iPods, iPads, iPhones in the hands of almost everyone who can afford one, it certainly is an iWorld. Never has a company been so relevant to the daily lives of North Americans and global citizens to this extent, which is what will make the Steve Jobs biography such an interesting read.

The cleverly entitled iSteve: The Book of Jobs is now available for pre-order from Amazon.com and Apple’s iBookstore. The official book is slated for release on March 6, 2012, and is written by Walter Isaacson. According to Mashable, Isaacson’s past biographies include Benjamin Franklin: An American Life, Einstein: His Life and Universe and Kissinger: A Biography. Isaacson’s biographic portfolio gives insight into the cultural significance of Jobs to this generation and the future, as both Franklin and Einstein are people whose influence on the world is still felt today.

The book will touch on both the professional and personal life of Jobs. After over three years of exclusive interviews with Isaacson that are unlike any Jobs has given before as well as extensive interviews with Jobs' family members, key colleagues from Apple and its competitors, the Steve Job biography will surely fly off the shelves.
2.8
Score
Popularity
Activity
Freshness
Attend Future Festival