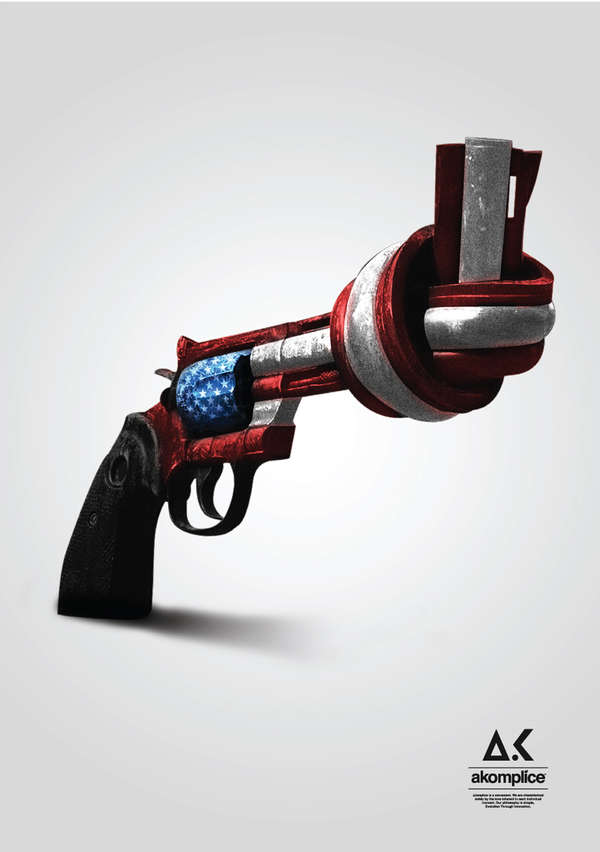 Jen Chae — July 19, 2013 — Fashion
References: akomplice-clothing & akomplice-clothing
In attempt to make a statement against gun violence, California-based clothing brand Akomplice unveiled its new line of tees, tanks and sweatshirts. The stylish collection is called Fight Against. Each shirt has a uniquely designed anti-gun graphic printed on it. The specially designed graphic is of an American flag-printed gun, with a knotted front. The back side of every shirt will have some shocking gun violence-related statistics on it. In this way, Akomplice raises social awareness regarding the issue and makes clear its stance on the topic.

Gun violence is a social issue that is relevant to all cities in the US. , Akomplice commemorates the Aurora, Colorado theater and Sandy Hook shootings. The brand hopes Americans "find a new relationship with their guns."