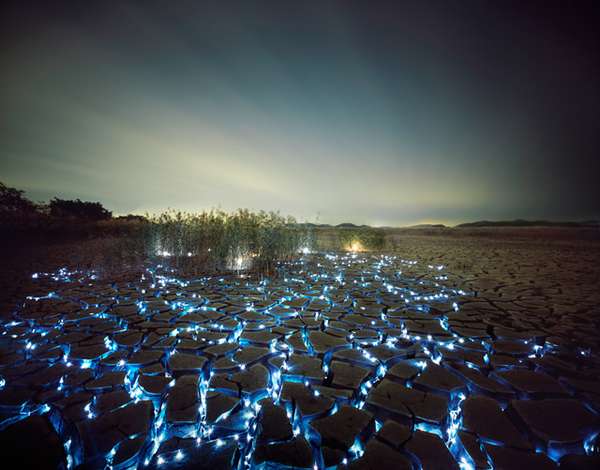 Meghan Young — May 1, 2012 — Art & Design
References: gana.insaartcenter.co.kr & thisiscolossal
Share on Facebook Share on Twitter Share on LinkedIn Share on Pinterest
There is something very magical about light installations, but Starry Night by Lee Eunyeol takes this magic up a notch. Entirely enchanting, the installation creates the illusion that there is a blue energy straining to be released from beneath the earth. Whether glowing between desert cracks, around majestic trees or through long grass fields, this illumination ignites the imagination as people attempt to reason out its origin.

A series of photographs, Starry Night by Lee Eunyeol is currently being shown at the Gana Art Space in Seoul, Korea. Comprised of two sources of light, one fabricated and the other organic, the installation "expresses private spaces given by night and various emotions that are not able to be defined and described in the space," according to the artist.