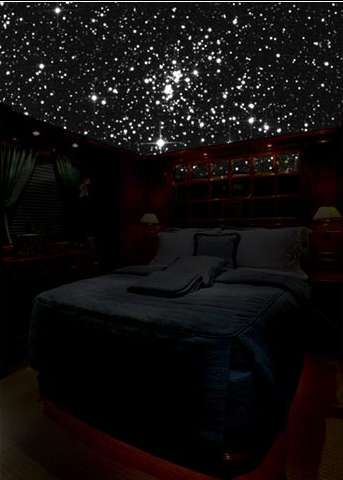 These 5D murals are the adult version of the glow-in-the dark stickers of stars and planets we had on our walls as kids. Granted, they're a little cheesy, but still, so intriguing.

During the day, they're invisible, so no one (with the exception of that special someone), will know the last thing you set your eyes on before falling asleep is a twinkling galaxy above your bed.

Really, I do mean twinkling. The stars actually glitter and shimmer, and the odd shooting star sparkles across the 'sky.'

Imagine them not only in your own home but on a private jet, a yacht, luxury hotel, nightclub or coach bus.
5.3
Score
Popularity
Activity
Freshness
Get the 2021 Trend Report FREE