China the Focus of Starbucks Growth 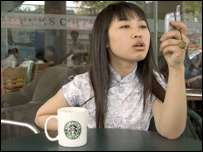 Coffee king Starbucks is going from Seattle to Shanghai and spreading caffeine jitters around the globe.

"Starbucks has said it expects to see its profits rise by at least 20% over the next three to five years, with China as the focus for this growth," according to the BBC. "The US giant opened its first Chinese branch in 1999 and now has 165 outlets. It said 2005 was its fastest year of growth so far in China and it now intended to roll out more stores in a growing number of cities."

However, the expansion has not been without its challenges. Starbucks recently won a two-year court battle against a Chinese rival that used a similar name and logo. Apparently, Louis Vuitton and Prada are not the only western brands dealing with copyright infringment in China.
5.4
Score
Popularity
Activity
Freshness