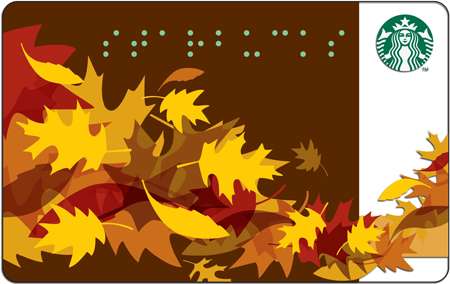 The limited edition Starbucks Braille card, a component of the company's initiative to promote equal purchasing opportunities, is part of the coffee brand's fall 2011 line-up of cards. Already available in Starbucks stores across the United States and Canada, the card can also be purchased online at Starbucks.com.

According to a Starbucks press release, the company is taking numerous steps to make its coffee stores more accessible and welcoming to patrons. For example, it has already released large print Braille menus to some stores in the U.S. and is part of a wide range of positive change activities involving the environment, fair trade and community development.
2
Score
Popularity
Activity
Freshness
Get the 2021 Trend Report FREE