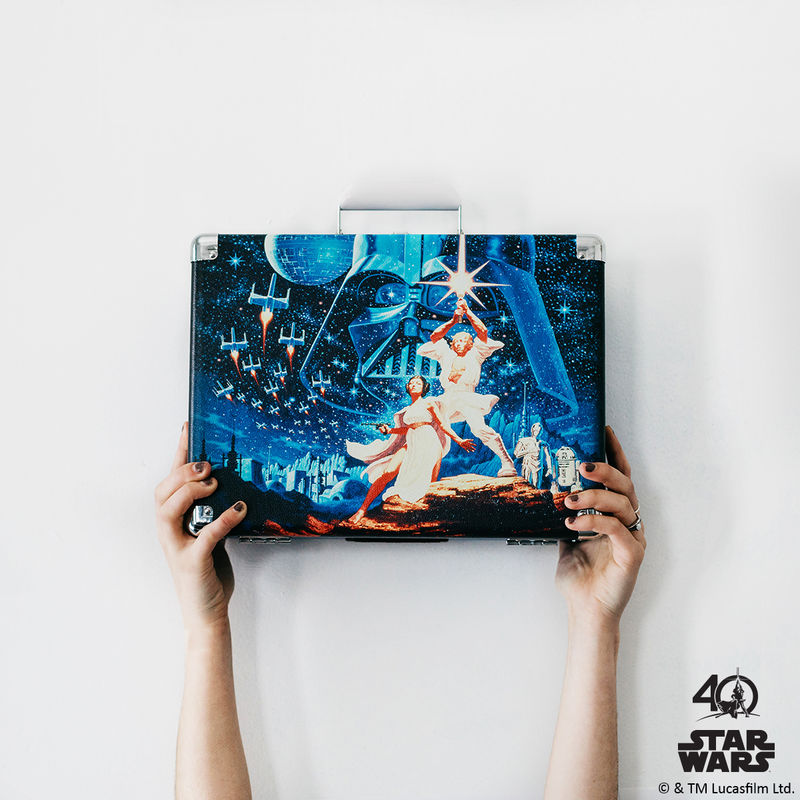 Lydia Beechler — April 3, 2017 — Tech
References: twice
Share on Facebook Share on Twitter Share on LinkedIn Share on Pinterest
Crosley Radio just announced a new Star Wars turntable in celebration of the 10th annual Record Store Day. This year's design commemorates the 40th anniversary of 'Star Wars: A New Hope.' Imagery on the Star Wars turntable is based off of iconic poster art from the original release in May 1977. The celebratory Star Wars poster art will appear on the inside and outside of the special edition Cruiser Deluxe, a portable three-speed turntable that sells for $109.95.

According to Crosley, "2017 marks the 10th anniversary of Record Store Day, a day created to celebrate the physical record store and the role it plays in communities across the nation." Other turntable features include dynamic full-range stereo speakers, a headphone jack, RCA outputs, pitch control and bluetooth functionality.