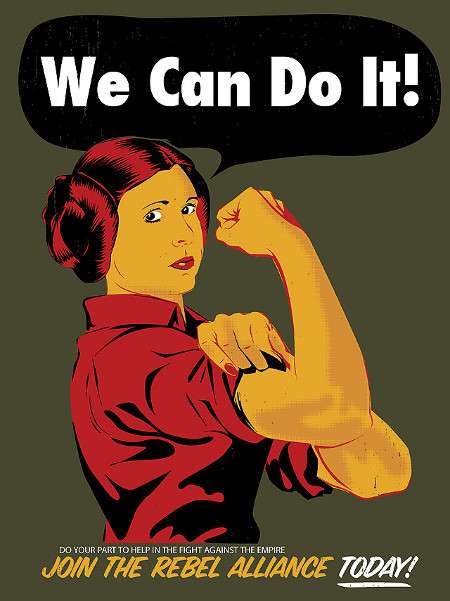 The Star Wars propaganda posters feature all the characters alongside cheesy punchlines and battle situations. Fans are encouraged to enlist today as Darth Vader is unable to win the battle on his own, and because the empire needs us. Another poster features three light-sabers emitting vibrant neon lights, epically titled 'Together'. The posters are a humorous twist on some of America's classic propaganda posters from World War One and World War Two. Unfortunately for fans, only a select number of the posters are available for purchase via Cliff Chiang's personal website.
6.9
Score
Popularity
Activity
Freshness