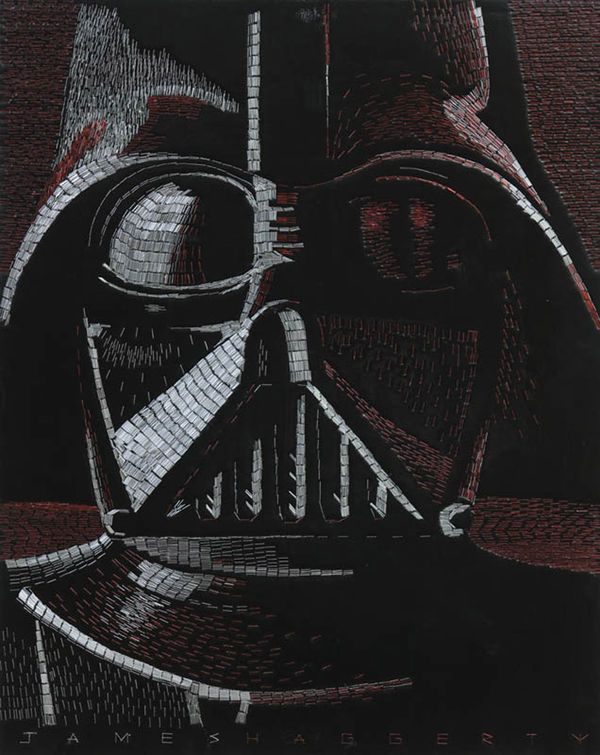 This Star Wars Mosaic Uses Tens of Thousands of Staples

Michael Baxter — April 29, 2014 — Art & Design
References: jameshaggerty.net & core77
Share on Facebook Share on Twitter Share on LinkedIn Share on Pinterest
You can find tons of pop culture mosaics on the Internet, and Star Wars mosaics may be the most common. Even with that being said, Star Wars mosaics are still the most varied and this particular piece, made of tens of thousands of colored staples, is the perfect example.

What do you do when you have way more staples than you can handle? Make Star Wars art, of course! At least that was James Haggerty's line of thinking anyway. These mosaics feature famous characters from the films, including C3PO and Darth Vader, made of staples.

The entire art piece isn't all staples. What Haggerty manages to do is create a sort of depth by using a black background and placing the staples on top, making for a more varied look.
2.3
Score
Popularity
Activity
Freshness
Get Trend Hunter Dashboard