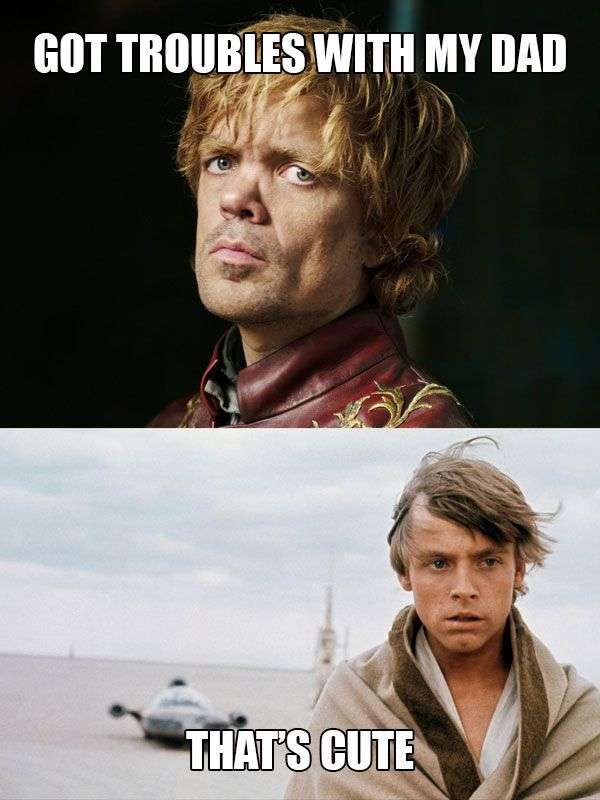 Sarah St.Jules — July 29, 2013 — Pop Culture
References: geeksaresexy.net & neatorama
These Game of Thrones vs Star Wars memes are the perfect combination of two powerhouse programs coming together to create something hilarious.

This meme features a battle between characters, where one person would recite one of their troubles, while the character in the other series would try and outdo them. The background of these memes includes screen caps from both the movies and the television show, relating these pictures back to the originals. The most humorous aspect of these memes is how closely related both series are. There are a lot of parallels that can be played together, which not only makes these memes hilarious, but also very accurate. Fans from both sides would be able to come together for a laugh because these Games of Thrones vs Star Wars memes are too funny to pass up.
5.7
Score
Popularity
Activity
Freshness