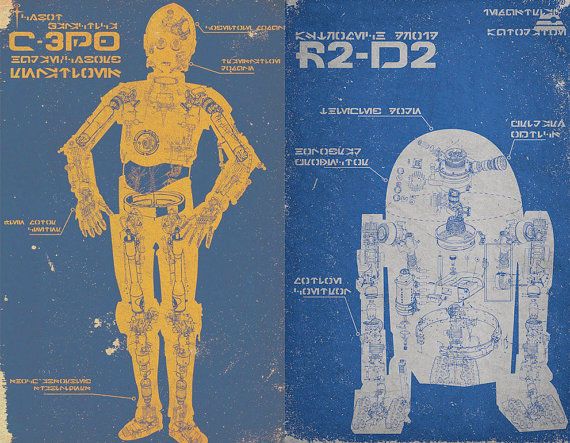 This Star Wars Droid Poster Set from Etsy is Fan-Approved

Showcasing the inner workings of each machine, these Star Wars droid posters are a perfect gift for avid fans of the intergalactic saga. "The art pieces are incredibly detailed and feature text in Aurabesh, the primary written language of the Star Wars Universe, as well as company logos for each droids' respective manufacturer."

This poster set is available in two sizes, 11"x17" and 13"x19" and is printed on heavy matte coverstock. The signed posters are released just in time for Star Wars Episode 7, the saga's first film without creator George Lucas. The latest film is directed by J.J. Abrams who has left fans buzzing with his release of new Star Wars Episode 7 characters and machines that will be featured in the upcoming release.
2.6
Score
Popularity
Activity
Freshness
Jeremy Gutsche Keynote Speaker