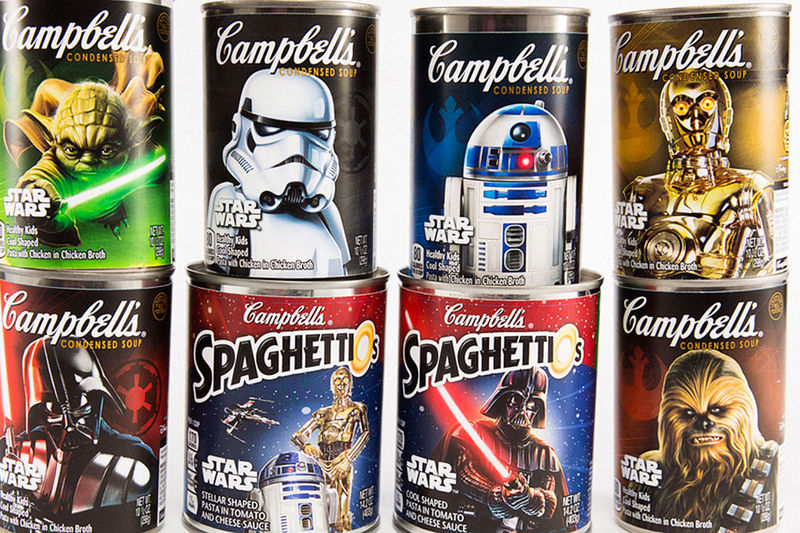 Gurveer Brah — August 26, 2015 — Art & Design
References: thecollectorscantina & highsnobiety
Share on Facebook Share on Twitter Share on LinkedIn Share on Pinterest
It's extremely rare when a movie franchise is so big that you can't decide whether a collaboration with a soup brand is unexpected or just makes sense at this point, but that's what happened with the 'Star Wars' 'Campbell's Soup' cans.

An official collaboration between the gigantic movie franchise Star Wars and the soup mega-brand Campbell's Soup is actually happening. Star Wars has been known to collaborate frequently, upon the release of the second trilogy, the brand collaborated with Coca-Cola to create limited edition cans. Now, with the third instalment of the series quickly approaching, the brand is putting out these collector's soup cans.