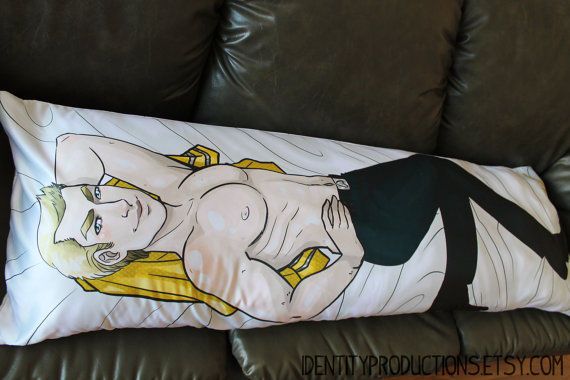 Meghan Young — April 22, 2014 — Art & Design
References: etsy & neatorama
Share on Facebook Share on Twitter Share on LinkedIn Share on Pinterest
Ultimate fans of a certain sci-fi franchise will fall in love with the Star Trek Body Pillows, and that might not be a figure of speech. Comprised of two versions, one depicting Captain Kirk while the other captures the form of Spock. Both have been sexualized to make cuddle time a little more than an innocent pastime. Instead, men and women may become a little to enthusiastic when curling up with these cushions.

Created by Etsy seller Damien Murphy of IdentityProductions, which is based in Brampton, Canada, the Star Trek Body Pillows is made using soft satin fabric and an invisable zipper. The illustrations that appear on the cushion is Murphy's very own. The images are clearly inspired by his gaming background. The Star Trek Body Pillows are made to order.
2.5
Score
Popularity
Activity
Freshness
Attend Future Festival