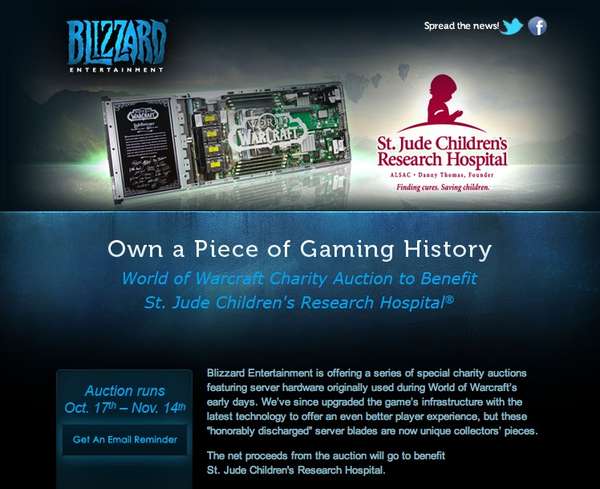 The original server blades of World of Warcraft have been made into commemorative statuettes and are being auctioned off in order to raise funds for St. Jude Children's Hospital, a research institute doing work in America and around the world. What makes the 2,000 server blades so special is their importance in the World of Warcraft: they were the building blocks and asphalt for the virtual landscapes of the game. Having since been replaced, this old server hardware housed the game's 14 million players, their homes and the ethereal relationships they all shared.

To your average WoW player, owning some genuine Blizzard Entertainment hardware while simultaneously donating to a charity is like having cake and eating it too.
0.4
Score
Popularity
Activity
Freshness
Attend Future Festival Virtual