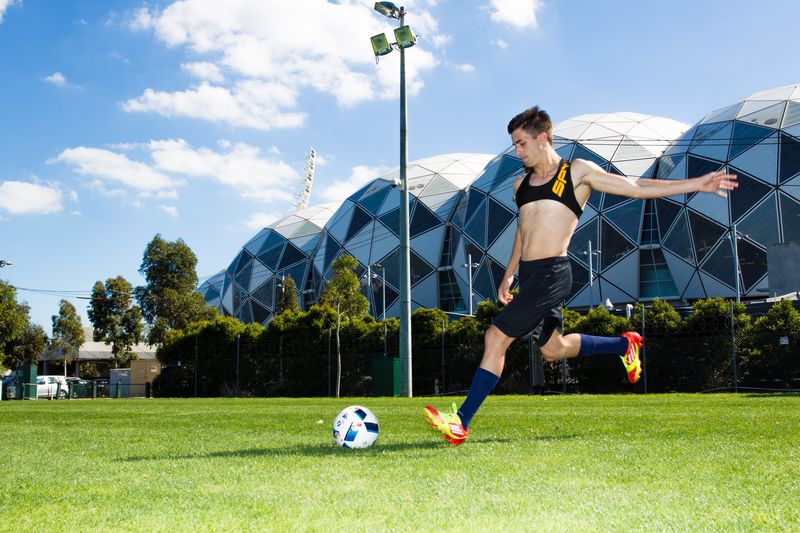 The SPT2 Looks Like a Bra, But It Packs in Pro-Level Analytics

Joey Haar — January 23, 2018 — Lifestyle
References: sportsperformancetracking
Share on Facebook Share on Twitter Share on LinkedIn Share on Pinterest
Modern athletics has been one of the areas to most immediately benefit from developments in movement-tracking technology, whether with fitness wearables at the amateur level or advanced image analysis systems in professional tiers. However, Australian sports technology company 'Sports Performance Tracker' is looking to bring a professional degree of analysis to amateurs with its newest product, the SPT2. And while the technological functionality behind the wearable performance-tracker is sure to keep amateur athletes interested, they're likely to be initially intrigued by its unique form factor: the tech-laden men's garment looks like a sports bra.

Whereas professional sports teams have thousands — if not millions — to spend on performance-tracking devices, amateur teams and individuals have far more restricted budgets to work with. That said, the benefits of advanced movement-tracking are such that a small investment can be worth it, given the right price. At about $250, the STP2 might be a worthwhile gambit.

The nylon chest piece carries a GPS unit and pairs with a software platform (called Gametraka) via Bluetooth to monitor, track, and manage performance data. Gametraka provides an impressively granular breakdown of performance over any given period, giving coaches and athletes alike insights on their performances over the entirety of a season. This smart training and strategizing ultimately outfits teams with an edge over the competition, so long as they're willing to accept the shape of that outfit.
5.5
Score
Popularity
Activity
Freshness
View Innovation Webinars