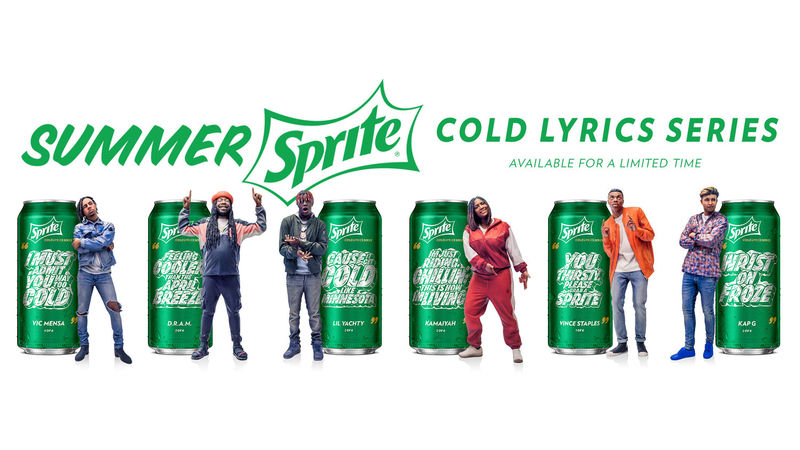 There are six different cans in the collection, each of which only have six available cans for purchase. Each can in the collection is numbered, making those who get one aware of the fact that they are rare. The cans feature lyrics from a variety of artists, including Vic Mensa, D.R.A.M, Lil Yachty, Kamaiyah, Vince Staples, and KAP G. They feature lyrics from these artists that include: "cause it get cold like Minnesota," "I must admit you way too cold," and more.

These limited edition Sprite cans place the brand as one that is able to appeal to young consumers by using the influence of important figures in pop culture.
2
Score
Popularity
Activity
Freshness
Attend Future Festival