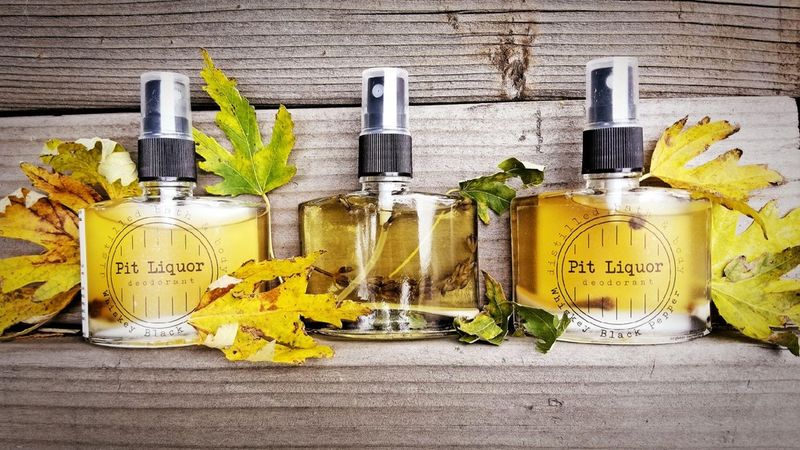 'Pit Liquor' is a Natural, Non-Toxic Spray-On Deodorant Made from Whiskey

Laura McQuarrie — November 9, 2017 — Fashion
References: pitliquor & kickstarter
There are a growing number of non-toxic and natural deodorant products on the market, but Pit Liquor sets itself apart by producing one that is made with whiskey, vodka and "other entirely edible, entirely body-friendly ingredients."

What makes Pit Liquor so effective is the use of an quality organic liquor with a high alcohol content. The deodorants are formulated to kill bacteria and neutralize odors with a number of unique scent blends like: Whiskey Lavender, Whiskey Vanilla, Whiskey Black Pepper and Unscented Vodka. To accent the fragrances, the spray-on deodorant bottles contain real sprigs of lavender, vanilla bean pod slices, whole cloves and peppercorns. Each organic ingredient is locally, environmentally, ethically and consciously sourced.