Build Your Own Sports Car 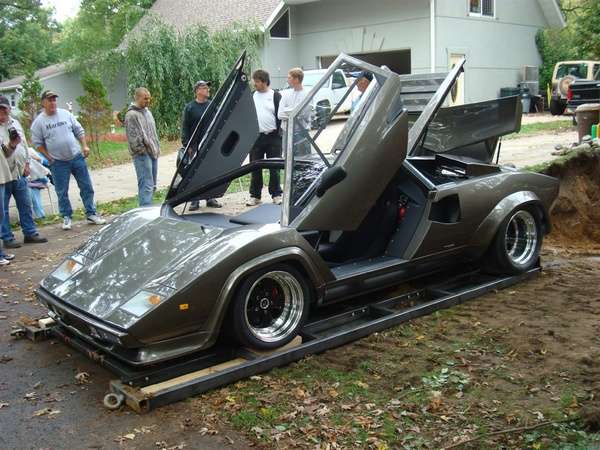 M Dee Dubroff — November 6, 2008 — Autos
References: jalopnik & ananova
Share on Facebook Share on Twitter Share on LinkedIn Share on Pinterest
Hardly off the Detroit assembly line or imported from the finest italian showroom, Ken Imhoff cut costs by building his own luxury sports car. The only problem was that he forgot to plan ahead with the ‘d’ in this case really ending up on the next line. Read all about his intricate and most embarrassing dilemma.

According to Ananova, a Wisconsin who fell in love with the Lamborghini after seeing it in the movie ‘Cannonball Run’ has built one in his own cellar cutting to say the very least the cost of taxes, importation, labor etc. The only problem is the cost of removing the car from the cellar has added up a bit because the poor fellow had to dig into the foundations of his house to get it out.

Ken Imhoff is a patient man--or at least so it seems. It took him 17 years to build his own version of the Lamborghini in the basement of his home. His delight in completing the task was matched by extreme despair when he realized he had no way of getting the car out of cellar!

It is not known how much it cost him to hire an excavator to gouge out a slope in his garden and then dig down into the foundations of his house. The car was then hooked up to the excavator and pulled out. Despite the effort and cost, Mr. Imhoff told the press that it was all worth it.
5
Score
Popularity
Activity
Freshness
View Innovation Webinars