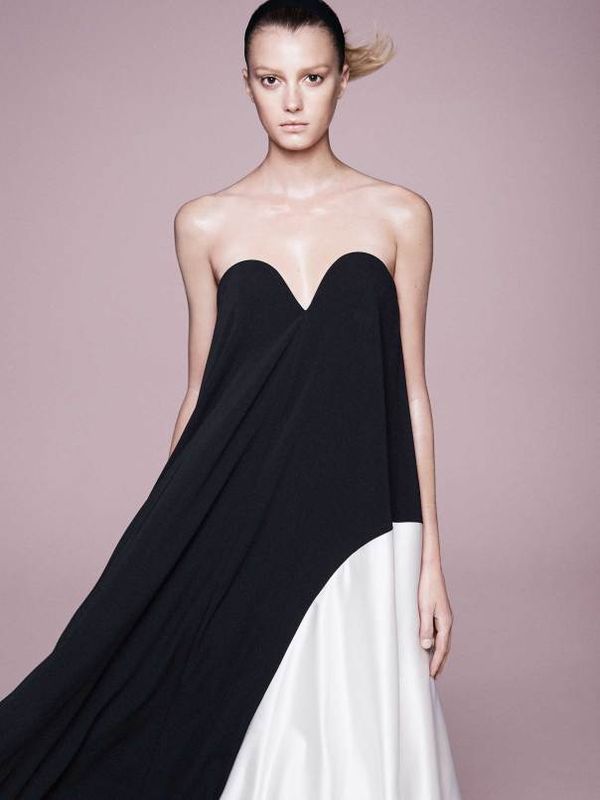 Vasiliki Marapas — December 30, 2013 — Marketing
References: fashiongonerogue & wearesodroee.wordpress
A blank-faced Sigrid Agren stars in the Sportmax SS 2014 campaign. This is the second season the model is appearing for the brand, also having starred in the the fall campaign.

The collection features stripes, polka-dots and color-blocked prints on a variety of fluid silhouettes and asymmetric cuts. Blush pink was the most notable hue, appearing in several pieces, often contrasted with black or gray. Sheer fabrics, simple contours and graphic shapes rounded out the effortlessly feminine vibe the brand was going for.

Agren's impassive expression perfectly corresponds to the chic minimalism of the collection. Smile or no smile, Agren proves she can wear the hell out of these loose-fitting numbers, complete with flimsy spaghetti straps. The ad campaign was photographed by David Sims.