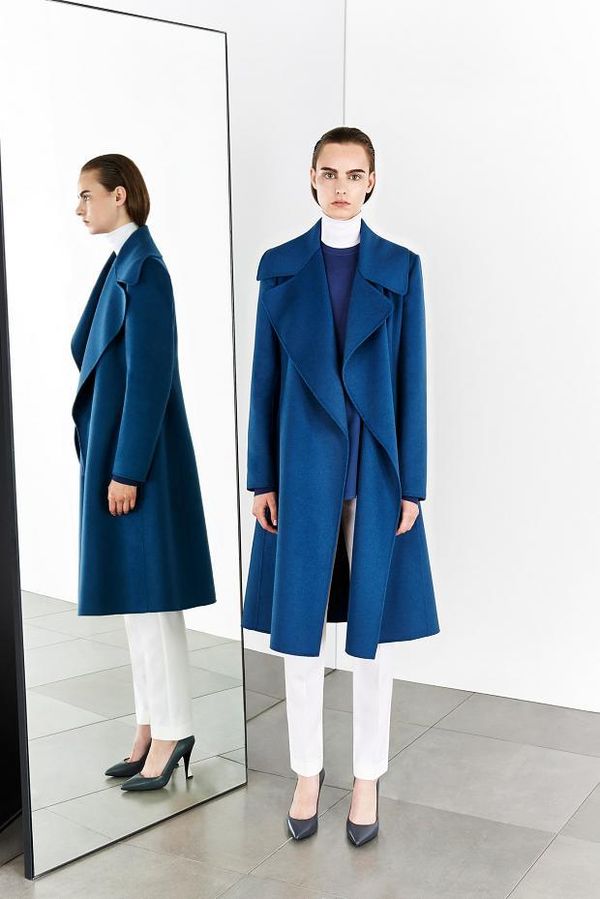 The Sportmax Pre-Fall 2014 Collection is Crisp and Clean

Meghan Young — January 10, 2014 — Fashion
References: sportmax & fashionising
Share on Facebook Share on Twitter Share on LinkedIn Share on Pinterest
The Sportmax Pre-Fall 2014 collection looks like the wardrobe for an upcoming sci-fi flick. Full of strict silhouettes and solid colors, its hard not to get the futuristic vibe from these designs. But instead of being inspired by 'Star Trek,' it was influenced by the work of Maiko Haruki, a Japanese photographer enamored with the exploration of light and shadow.

Adhering to a palette of white, deep blues, grays and black, the Sportmax Pre-Fall 2014 collection is chock full of graphic Prince of Wales checks, crisp tailoring and plenty of luxe outerwear. Although there is a bit of an androgynous tone to the fashion line as a whole, there are feminine pieces including a wide leather band that cinches at the waist.
5.4
Score
Popularity
Activity
Freshness
Attend Future Festival

Silver-Centered Fashion Lines
The J. Mendel Pre-Fall 2014 Collection is Easy and Opulent at Once