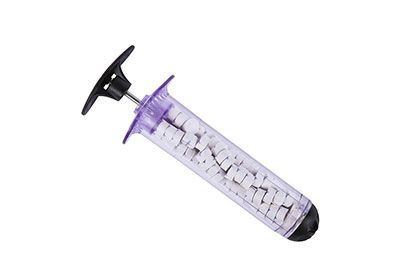 The XSTAT 30 Can Be Used to Treat Patients In Distress

When a person suffers a wound and is in a situation where they don't have access to a tourniquet to control the bleeding, the sponge-filled syringe can come in handy. Each one of these syringes contains 92 compressed sponges that, once they infiltrate into the skin, expand to fill the wound. This means they can block the flow of blood for up to four hours.

The XSTAT 30 was initially created for use in the military to treat gunshot wounds. However, its expansion into the civilian arena shows how military innovations can be used to benefit the general population, especially in the medical industries.