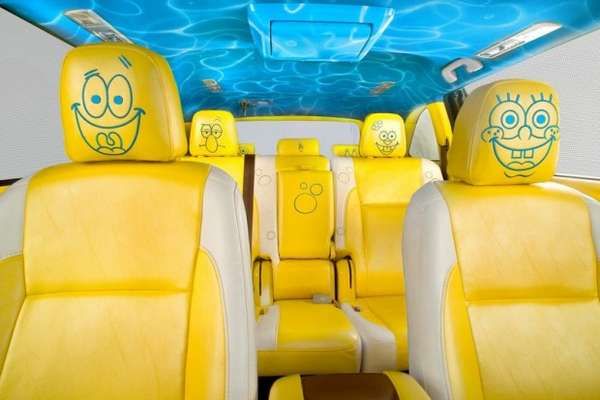 This concept car is decked out in SpongeBob attire, with a giant yellow SpongeBob plastered on all sides and a blue background to represent the sea. The design is not just for the outside; inside, the seats are all yellow with the lovable characters’ (like SpongeBob, Patrick, Sandy and Squidward) faces drawn on the heads of the seats. The roof of the car will make passengers feel as though they are in SpongeBob’s pineapple under the sea, as it is a beautiful blue with wave-patterned designs.

The tours are definitely worth going to, especially if you or your younger sibling or kid is a fan. The tour consists of fun activities like airbrush tattoos and a meet and greet session with the cast. To attract people to visit the first location, the cast will perform a read-through of an entire episode and there will be a live musical performance.

So recruit your SpongeBob friends and venture out into the underwater world of Nickelodeon.
4.9
Score
Popularity
Activity
Freshness
Attend Future Festival