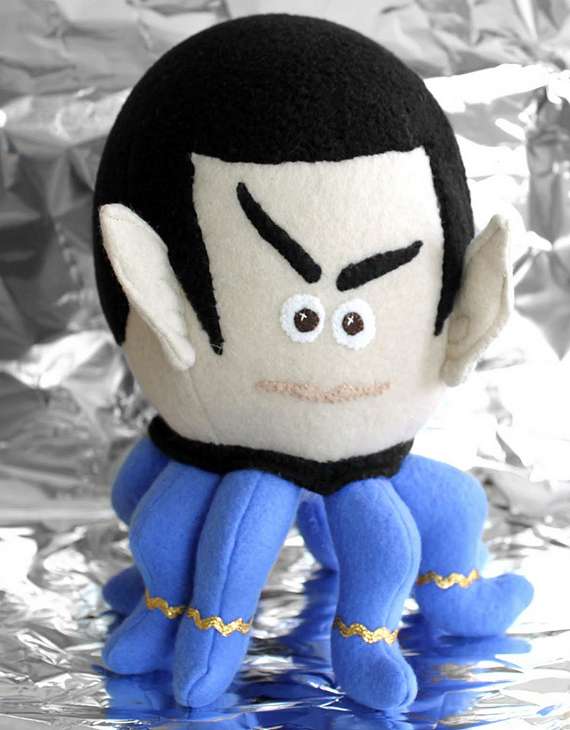 The 'Spock-topus' is a Hilarious Mash-Up

Handmade by Karen of SewMuch2Luv, this creation sells for $190, and is immediately recognizable at first glance. Because Spock was such an iconic character of the show, his appearance, in many ways, represents the entire series. Though this may not be the most functional or necessary purchase, it's sure to get a few laughs and please those who are particularly enthusiastic about Star Trek. The octopus remix of this character isn't something that's entirely understood, but makes this product even more lovable.

Oddly adorable and undeniably offbeat, this geeky creature is a bizarre but compelling creation. Likely to get plenty of love on the web, this highlights how beloved the Star Trek series remains.
0.4
Score
Popularity
Activity
Freshness
View Innovation Webinars

Sleek Spaceship Scales
The Medisana TargetScale is Out of This World