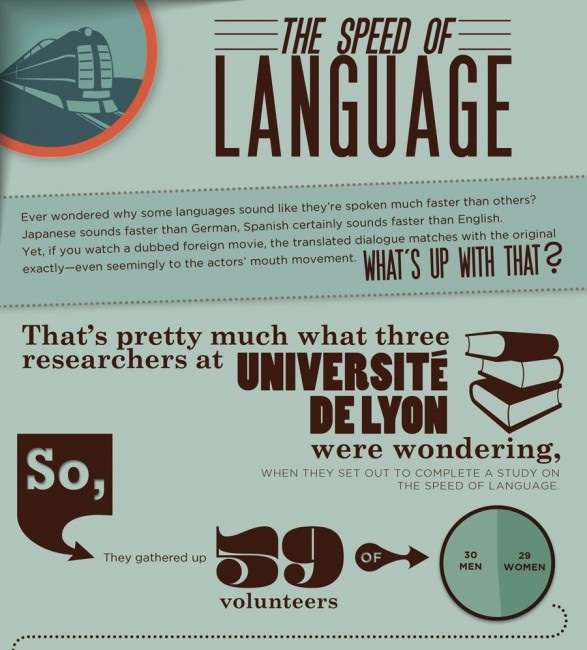 Rebecca Byers — March 1, 2012 — Pop Culture
References: visual.ly & visual.ly
Share on Facebook Share on Twitter Share on LinkedIn Share on Pinterest
The Speed of Language infographic is a comprehensive overview of pace of dialogue in a variety of different tongues. The infographic reviews the data compiled by three researchers at the Universite de Lyon who decided to complete a study on the speed of language.

The researchers tested 59 volunteers (30 men, 29 women) for the study, each of whom spoke one of seven languages: English, French, German, Italian, Japanese, Mandarin and Spanish. They made 585 recordings of the same phrase, and compared the speed of each language.

The intriguing set of statistics gathered were compared by speed and density, which, as detailed in the Speed of Language infographic, led to the interesting conclusion that "less dense languages sound faster, while more dense languages sound slower."
1.9
Score
Popularity
Activity
Freshness
Get the 2021 Trend Report FREE