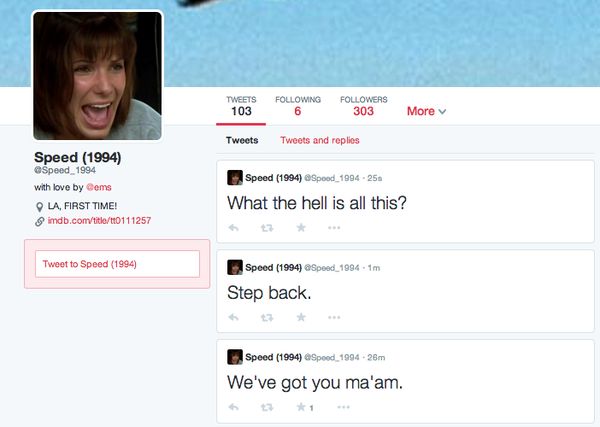 'Speed_1994' is Reenacting the Movie 'Speed' in Tweets

The account is just a few days old and the tweets are periodically released throughout the day. As of now, the movie is just getting started, so if you’ve yet to see it, you may want to be wary of spoilers. Speed_1994 only has just over 300 followers, but its premise is so wacky, it’s bound to attract more of an audience over the next few days, especially as the movie reaches its end.
4.7
Score
Popularity
Activity
Freshness
Attend Future Festival Virtual