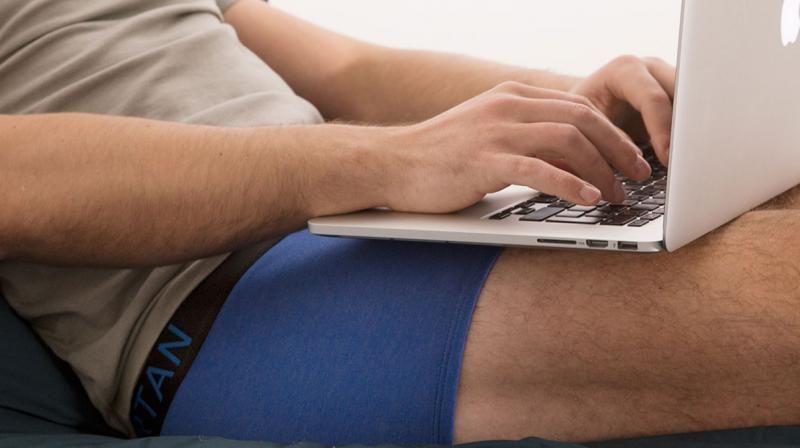 Justin Lam — January 10, 2018 — Fashion
References: deccanchronicle & cnet
Share on Facebook Share on Twitter Share on LinkedIn Share on Pinterest
Spartan underwear is the next logical step in the need to protect our bodies from the radiation we surround ourselves with. At CES 2018 Spartan revealed its boxer briefs, which it claims can block 99& of cellphone and WiFi radiation. The unique undergarment uses pure silver, woven into the cotton, to essentially create a Faraday cage for one's lower half. The innovation behind the underwear comes from the company's patent WaveTech technology that was developed to block signals while maintaining extreme comfort. Spartan's underwear comes at a pivotal time, as studies are beginning to suggest the effects of cell phones and laptops on male fertility.

On top of being able to block out radiation, these boxer briefs are also antibacterial, thanks to the silver woven in with the cotton. The designs are also fairly stylish, coming in either black and blue and proudly touting their design by a Paris-based designer. Spartan underwear has already received several reviews from NBM, GQ, Forbes and ABC News, all of which praise the product for its innovation and design.
5
Score
Popularity
Activity
Freshness
Get Better and Faster