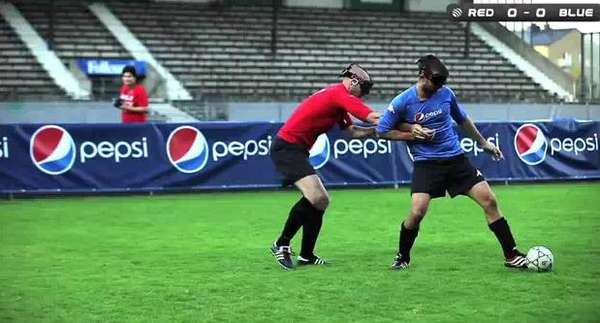 If it sounds incredible, it is. The Sound of Football project, an initiative between Åkestam Holst and Society 46 and funded by the Pepsi Refresh project, brought visually impaired soccer players together to play a match, with each wearing an iPhone on their heads that was equipped to let them “see” via sounds. Essentially, through a tracking technology that involves 16 3D cameras that record the position of each player, the iPhone tells players exactly where the other players are on the field. Ellen Sundh, the creative technologist at Society 46, says that “each player can hear what’s happening and get a sense of distance between things.”

While the Sound of Football project is being applied to soccer at the moment, there’s no telling where this technology can go. Åkestam Holst and Society 46 are already looking at ways it can extend to other sports, such as skiing.
3.4
Score
Popularity
Activity
Freshness
Jeremy Gutsche Keynote Speaker