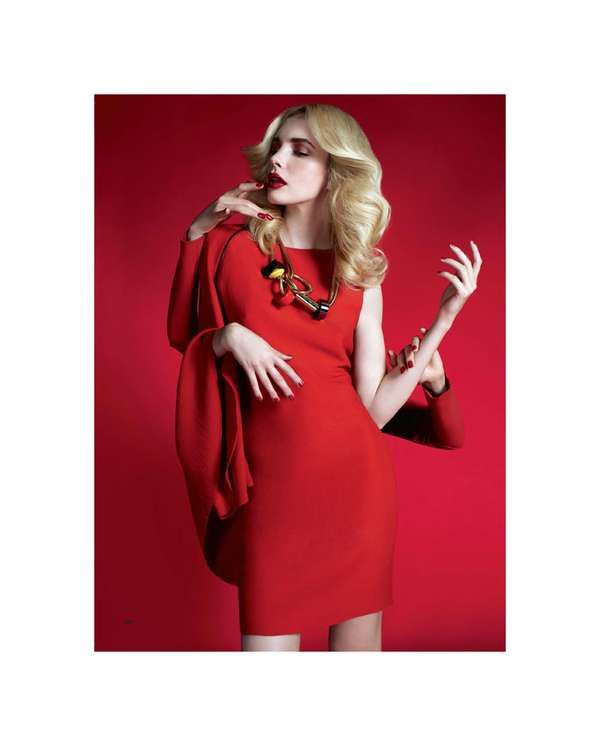 For the shoot, Sophie Srej is decked out in stunning, red outfits from some of the fashion world's top designers, including Diane von Furstenberg, Dolce & Gabanna, Gucci, Lanvin, Calvin Klein and Versace. This Sophie Srej-David Roemer shoot is dripping with sensuality, and they do so in an unusual way for most fashion shoots -- without revealing a lot of skin.

That's a testament to the skill of both parties. Roemer has been a top-level fashion photographer since he began his career in 2003, working for brands like GQ, Glamour, and Interscope. Sophie Srej is a Hungarian supermodel currently represented by fashion powerhouse IMG, and in the past year she has appeared in ad campaigns for Max Azria and Daisy by Marc Jacobs.

Implications - One of the fastest ways for a company to capture attention with an ad is by featuring marketing that contains an instantly distinguishable aesthetic. By relying on one major color, or a distinct theme, the company makes it easy for consumers to identify their brand, leading to increased brand awareness and resonance.
5
Score
Popularity
Activity
Freshness
View Innovation Webinars