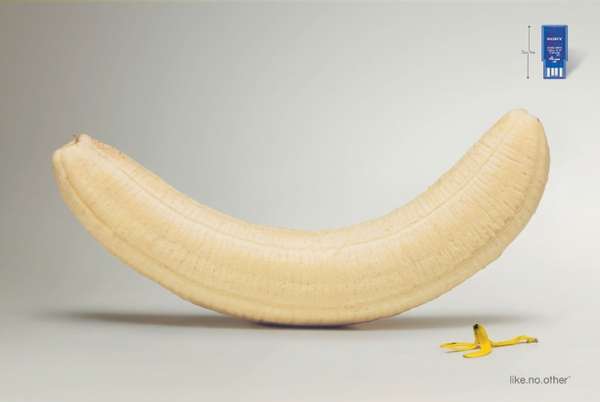 However, instead of having tiny animals swallow impossibly large ones (check out the cute mouse, frog and squid below); creative director Vincent Fichard and art director Matthew Jones came up with an opposite concept. They show a huge peeled banana with a tiny empty banana peel next to it, implying that you can retrieve huge amounts of data from your tiny Sony MicroVault Tiny 4GB.

The same concept is applied to a huge egg with tiny egg shells next to it and a large amount of jelly beans coming from a tiny package.

I love it. The ads are fun and reflect the selling point of the product brilliantly.
4.7
Score
Popularity
Activity
Freshness