Propose With an iPod Touch 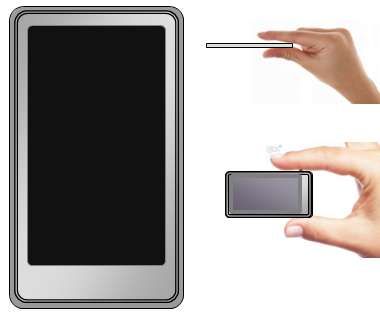 Previously, it was only known that Wi-Fi capabilities would be available to the new Walkman, but now an OLED touchscreen--which means crisper displays and less energy consumption than regular LED's--has been added to its roster. With things heating up before the International CES in January, this shake-up to the music player industry is expected to be well noticed.

Sony is looking to take full advantage of the popularity of YouTube by incorporating it into an icon displayed on the home page of the display of the Walkman, similar to what the iPod Touch offers now. However, the new Walkman is going a step further and allowing more synchronization between listening to music and connecting to the internet.

Sony Insider says that "Upon listening to an artist, you may click on the artist name and watch music videos of the artist on YouTube through Wi-Fi (WPA and WEP support included.) Additionally, there will be a YouTube icon on the main screen that will allow full access to the website."

While you won’t be able to get one of these new Walkmans this Christmas, you can expect some exciting news to be coming out soon from Sony from the convention in Las Vegas.
2.5
Score
Popularity
Activity
Freshness
Attend Future Festival