2-in-1 Phones
Next
Set of
Related
Ideas 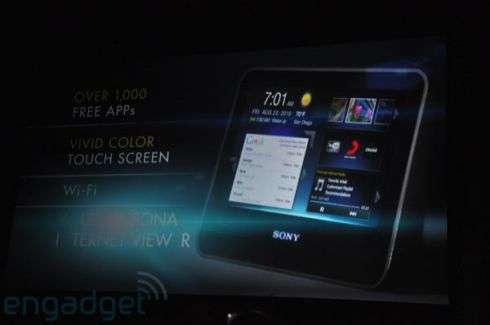 Alex Scott — February 16, 2010 — Tech
References: sonystyle & gizmodo
It is the law of multimedia devices -- and all electronic goods -- that when a revolutionary device hits the market, its competitors aren’t far behind. I am not criticizing this fact, rather praising it. If there weren’t similar gadgets offered, companies would not try and improve on mediocre products. The Sony Dash Personal Internet Viewer is to come out this summer, just a few short months after the release of the Apple iPad.

The Sony Dash Personal Internet Viewer will feature over 1500 apps, but its biggest selling feature will be the live streaming of Netflix and TV shows it offers. Another big plus for it is the price tag: $200, which is half a much as the iPad. Let the competition begin!
4.5
Score
Popularity
Activity
Freshness

Wicked Walkmans
Sony X-Series Leaps Ahead of the Pack