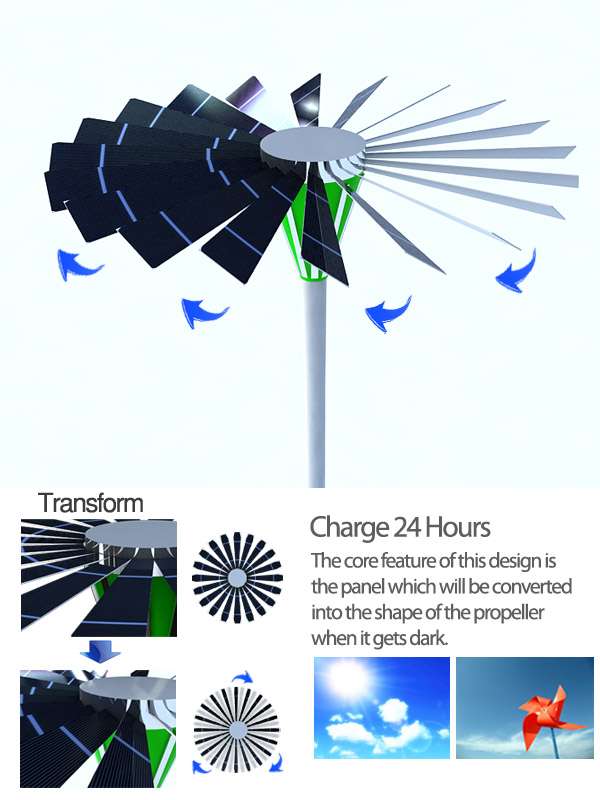 The Solar Windmill Light is Charged All Hours by the Elements

The streetlight's inventor, Dae Yong Kim, decided to construct a pinwheel of solar panels, each cut like long slender fins that could capably catch the breeze. During the daytime hours these sun-soaking strips would face up towards the sky while at night an internal mechanism would automatically angle them at 45 degrees to be optimally affected by gusts. A tiny cone-shaped compartment below the vanes converts the renewable energy sources into electricity, keeping the Solar Windmill Light efficiently charged up during all dark hours.