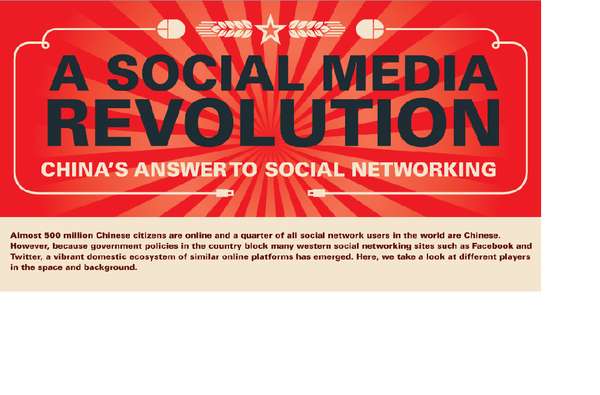 As you know by now, in China, you may have trouble attempting to login to your Twitter or Facebook accounts. In fact, you won't be able to at all. This is due to the stifling grip of its cybersecurity measures. The 'Social Media Revolution' infographic dissects China's rapidly growing fascination with social media, and the numerous social networking equivalents to YouTube, Facebook and Twitter. According to the graphic, there are approximately 500 million internet users in China, and at least 50% of them have one or more social media profiles. As China's middle class moves into parity with the West, the demand for social networking sites increases.

The 'Social Media Revolution' statistics claim the rise of digital consumption in China is due to citizens moving out of rural communities and into larger cities, affordable broadband and an subverted suspicion of government-controlled media.
2.2
Score
Popularity
Activity
Freshness
Get Better and Faster