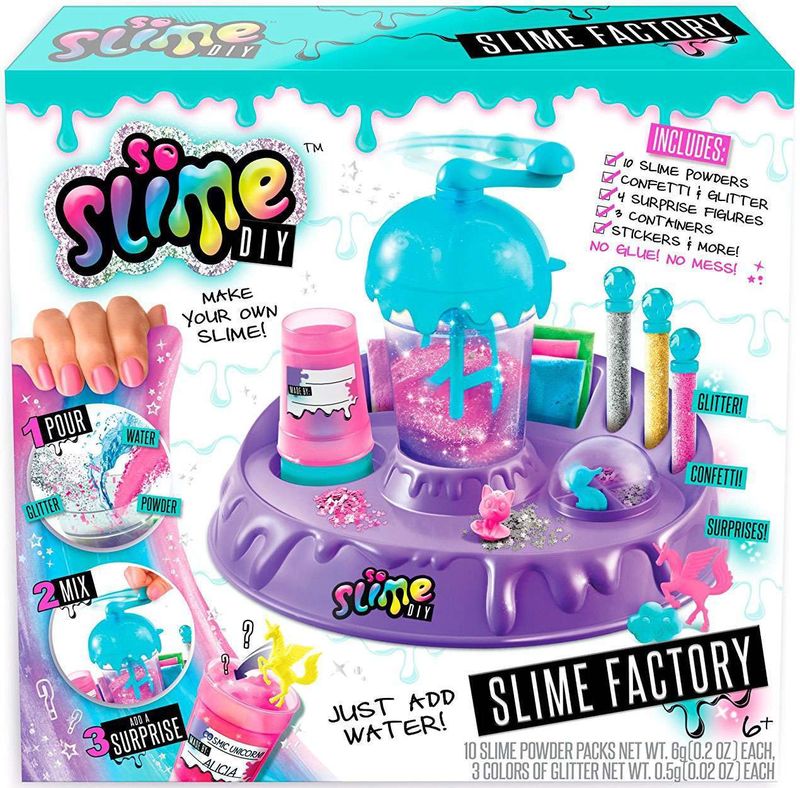 Since mixing slime based off a recipe can be a messy process, So Slime DIY simplifies at-home slime-making, as it does not require the addition of glue. However, a variety of customizations can be made to the So Slime DIY formula with add-ins like glitter, confetti and colors. Some of the products in the range include the Slime Shaker and the Slime Factory, as well as the portable So Slime DIY Slime Case Storage Kit Playset for safe keeping of the shaker containers.

As of 2017, Canal Toys' So Slime DIY range is the best-selling toy in France, and it is soon set to be launched in the UK.
5.1
Score
Popularity
Activity
Freshness
Attend Future Festival