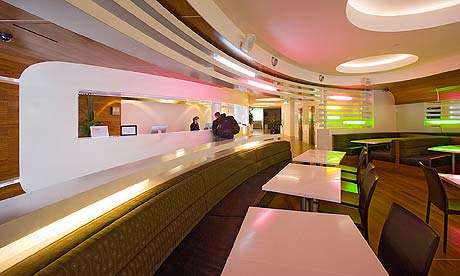 SO Hotel in Christchurch

Its Team
The team consists of people from industries as diverse as property development, hotel management, marketing and advertising. They believe this diversity in backgrounds is essential in providing the fresh perspective needed to develop an experience unencumbered by the traditional ways of designing and managing a hotel.

Its Philosophy
Some hotels offer a budget experience at a cheap price. Others offer a luxurious experience at a high price. SO believes that great design, great technology and great service should be available to everyone at a great price. Other than the "strict" pod hotels like Yotel Qbic and Easy Hotel it also offers bar, restaurant and business facilities.

Its History
Looking into its history and background is interesting. The Hotel has been developed by Dave Henderson who became famous in the middle 90ies for his struggle with the NZ tax authorities. It started when he claimed a tax refund that resulted in a tax review with a huge back taxes claim. It even put him into bankruptcy from which he was able to come back when he successfully overturned the tax claim. The whole story is documented in the feature film We're Here to Help. The NZ release of the film coincided with the Hotel opening.

The funniest thing is that the hotel is located in....the former Tax Office. After Henderson bought the property he refused to extend the lease of the Tax Office and after having them vacate the building he started converting the building in a hotel.

66 Captivating Capsules
Pods, Capsules, and Private Space for the Agoraphobic