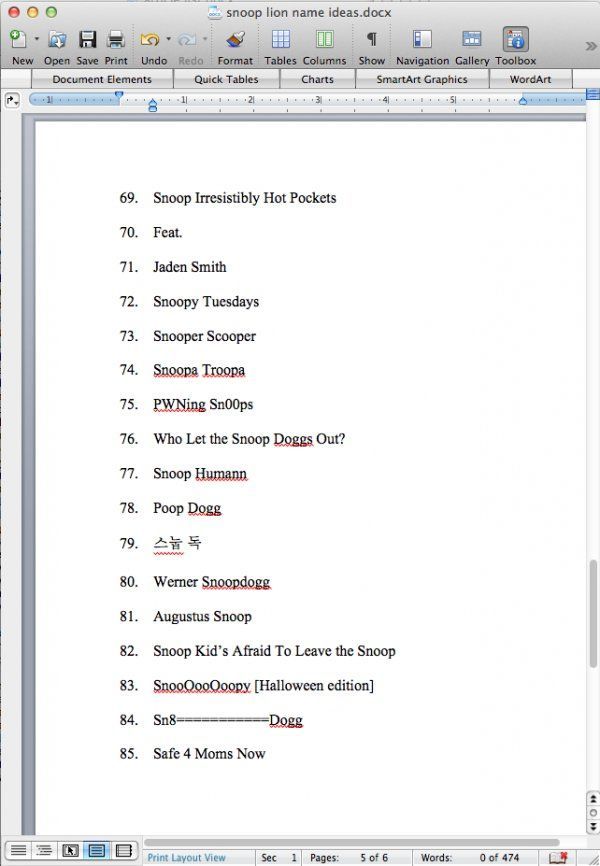 This List Shares Snoop Dogg Names the Rapper Could Have Adopted

This hilarious list covers 100 names that the public could've had to refer Snoop Lion as. The names definitely have a touch of pop culture tied in. For example, number six on the list is 'Snoop I Did It Again (I Played With My Name)' which alludes to the popular Britney Spears song. Further, Seinfeld fans will appreciate the reference to 'Snoop Nazi' which made number 11 on the list. As the list continues the names get even more outrageous. For example, tech-savvy people will chuckle at number 29: Snoop Snow Leopard.

Rapper Catchphrase Sites
The Rap Board Brings Flavor to Your Life