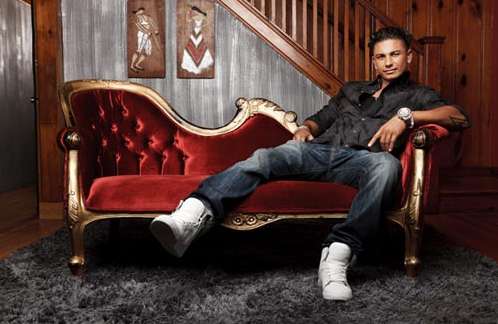 Jaime Neely — April 9, 2011 — Pop Culture
References: remotecontrol.mtv
MTV's Remote Control Blog recently announced that Snooki, DJ Pauly D and JWOWW will be starring in their own reality television series, a spin-off of the original Jersey Shore show they were all previously in.

MTV aims to begin shooting and producing the show later this year and hopes to have it hit television sometime in 2012. The show will follow the lives of the two best buds, giving fans a more in-depth looking into their friendship and their lives as America's two most popular guidettes.

The rest of 2011 and 2012 are shaping up to be a very busy time for Miss Polizzi, as she ventures to Italy to film the fourth season of Jersey Shore, only to return back to the United States to start the filming of the spin-off show. It seems that DJ Pauly D, JWOWW and Snooki are here to stay!
0.4
Score
Popularity
Activity
Freshness

54 Juiced-Up Jersey Shore Tributes
In Honor of the Newest Addition to the Crew, Snooki's Baby