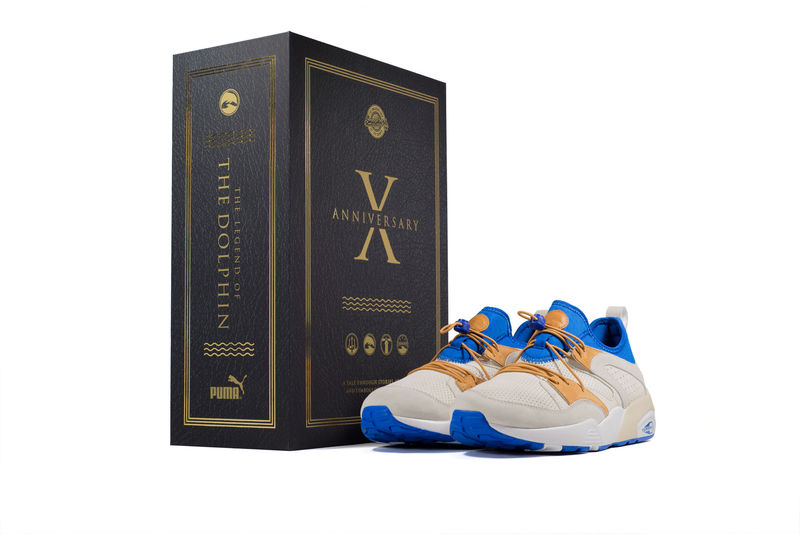 Sneakers76 Joined with PUMA for Its 10th Anniversary Release

Riley von Niessen — December 10, 2016 — Fashion
References: sneakers76 & hypebeast
Share on Facebook Share on Twitter Share on LinkedIn Share on Pinterest
Sneakers76, a footwear retailer that's based in the Italian city of Taranto, joined forces with PUMA to design 'The Legend of the Dolphin.' The sneakers utilize its aquatic inspiration throughout the colorway, with bits of ocean blue marking parts of the upper and outsole.

In addition, the new Sneakers76 and PUMA design makes use of light gray and beige, generating unique contrasts that make for an eye-catching appearance. The Legend of Dolphin adapts the retro 'Blaze of Glory' silhouette, infusing a contemporary aesthetic with a classic streamlined build.

As the release of the special edition sneakers corresponds with the 10th anniversary of Sneakers76, each pair comes in a luxuriously marked box. On it, the sneaker's name is written in refined gold lettering and both Sneakers76 and PUMA's branding is included.
3.2
Score
Popularity
Activity
Freshness
Jeremy Gutsche Keynote Speaker