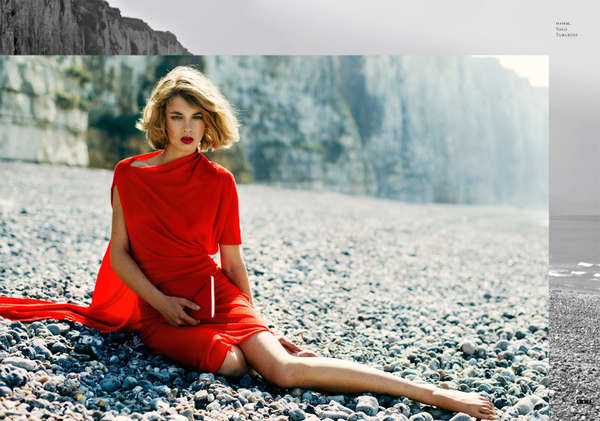 Meghan Young — September 4, 2012 — Fashion
References: facebook & fashiongonerogue
Model Adeline Jouan makes a striking lady in red for the SnC September 2012 editorial. Although it is somberly titled, 'All Alone No One to be With,' her solitude seems far from sad. Instead, there is a romantic, smoldering vibe to the photoshoot that gives her a sense of independence that few would want to deprive her of. It helps that her scarlet style is like a fiery beacon that would bring her all the attention she would ever need in the very near future.