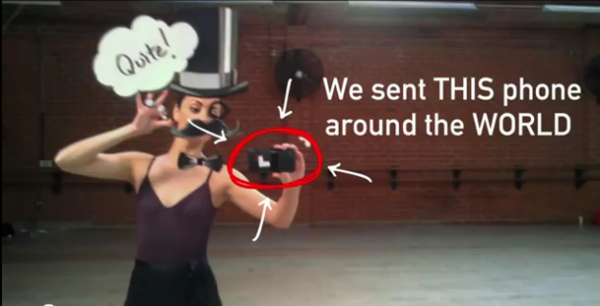 Snapdragon Cellphone Goes Around the World on One Charge

There was a visit to eight countries and video filming in nine different cities. With a total of 36,312 miles traveled, the Snapdragon cellphone touched base in Mumbai, New York City, Shanghai, Rio, London, Dubai, Paris and Moscow. For the duration of the video, each city visited was accompanied with a short show using camera angles to create illusion-like effects such as a woman bathing in a noodle bowl full of water. Another short showed a finger flicking away three men.

This video advertisement for Snapdragon Microprocessors is a very creative and fun way to showcase its product.