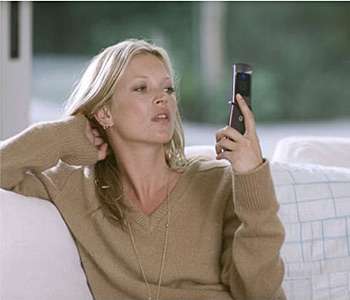 Bianca — August 12, 2007 — World
References: dailymail
Share on Facebook Share on Twitter Share on LinkedIn Share on Pinterest
Ever since the public smoking ban was set in the UK, a record number of text messages have been sent, a phenomenon the Daily Mail has dubbed, "smexting". For many people, smoking is a very social habit. It's often one of the easiest ways to strike up a conversation and meet new people.

"In the two weeks after the ban on smoking in confined spaces came into force on 1 July, mobile phone company Orange said 7.5 million more texts than normal were sent across its network."

Forced to move outside when they go for a fag, smokers have had to rely on other ways to socialize as finding a fellow cigarette addict outdoors isn't as easy as inside the office lounge.

Either that, or it's all those people who used the ban as a motivator to butt out looking for another way to keep their hands and mouths busy. A major part of cigarette addiction is the motion of doing it, of having something to do -- hence the reason people tend to gain weight when they finally quit.

Perhaps cell phones will be the next way to stop over-eating, and potentially, help with the growing obesity problem. The cost of increased texting would probably be equivalent to what a smoker used to spend on their nic fix anyway.