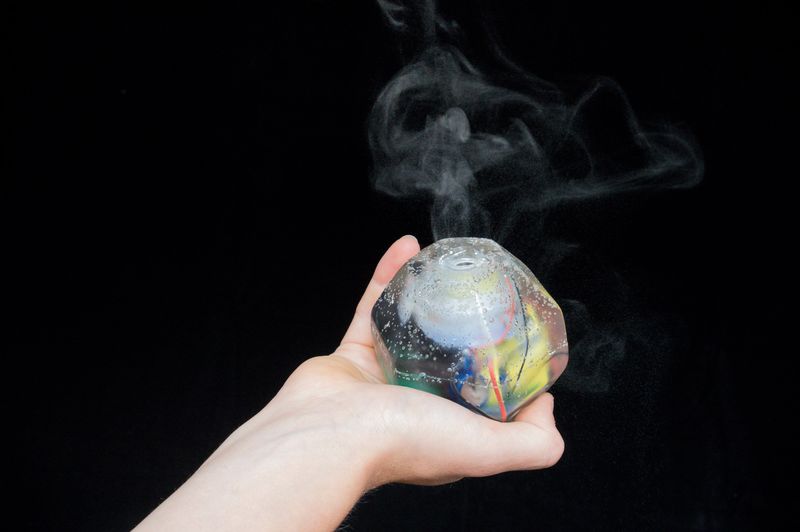 Joey Haar — October 13, 2016 — Tech
References: smellofdata & dezeen
Share on Facebook Share on Twitter Share on LinkedIn Share on Pinterest
With Wikileaks making waves during the presidential election and the new Edward Snowden movie in theaters, the 'Smell of Data' is a novel and bizarre way to help people conceptualize the effects of their data being leaked. The tennis ball-sized device is a scent diffuser that connects via Bluetooth to consumer's computers and emits an unpleasant metallic odor as an alert to data leaks.

Leanne Wijnsma, the artist behind the Smell of Data, was inspired by an infamous gas explosion in Texas in 1937. Because no one detected the odorless gas in the air, the government subsequently decided to add a harmless scent to odorless gasses, and that practice has since saved many lives. In the same way, the Smell of Data is meant to alert people to what would otherwise be undetectable -- a data leakage rather than a gas leakage.
1.6
Score
Popularity
Activity
Freshness
Attend Future Festival Virtual

Brain-Inspired Supercomputers
This Supercomputing Platform Was Developed By IBM