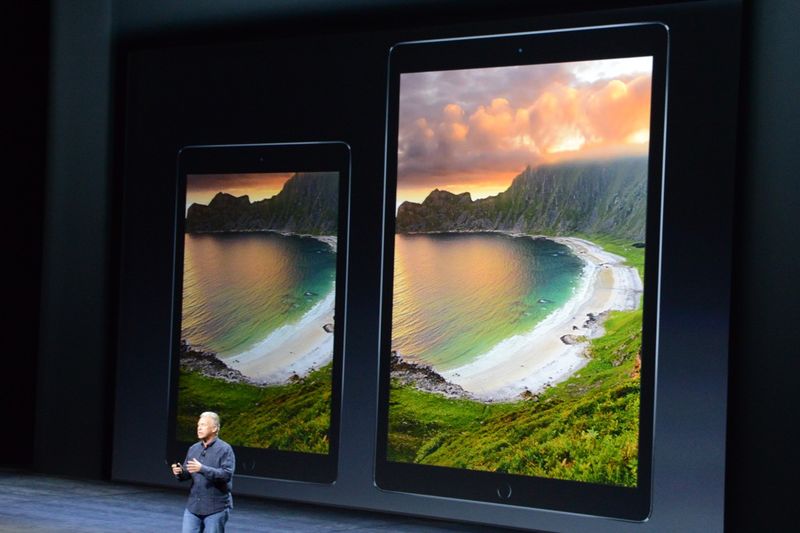 The New iPad Pro is Bigger, Faster and Compatible with the Apple Pencil

Measuring in at 12.9 inches, the new display for the iPad Pro will feature 5.6 million pixels, while the device itself is an ultra thin 6.9 millimeters and weighs only 1.57 pounds, despite its enhanced size. This new upgrade for the device's screen will make it outpace the retina display of the 15-inch 'Macbook Pro' laptop, and the updated tablet will also come installed with a new 'A9x' processor. The new processor will allow the 'iPad Pro' to run multiple apps side-by-side, and will boast a running speed 1.8 times faster than the previously released model.

Besides an improved audio system that features four corner speakers for increased sound quality and volume, the iPad Pro will also feature brand new accessories. Unlike previous Apple smart tablets, the new iPad Pro will support a magnetically attachable Apple 'Smart Keyboard,' and a super precise stylus called the 'Apple Pencil,' which will be able to pinpoint the display down to the pixel.
1.3
Score
Popularity
Activity
Freshness
Access Advisory Services