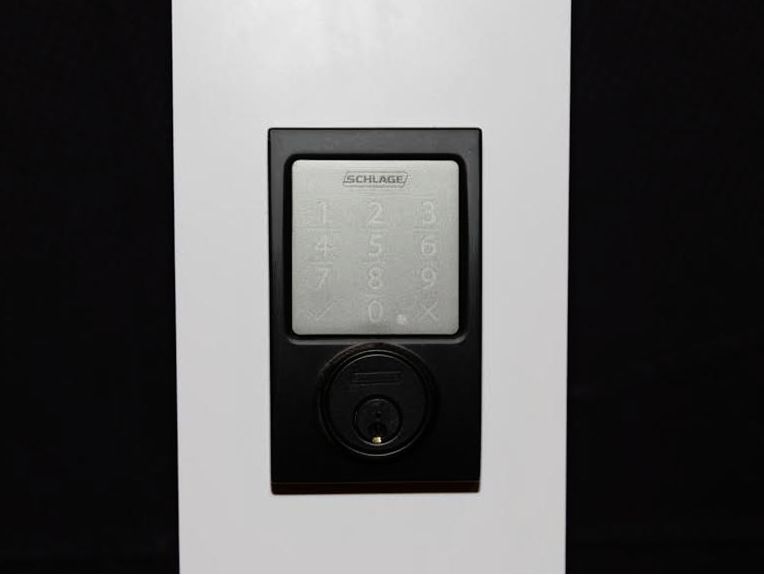 The Schlage Sense is a Bluetooth-Operated Deadbolt

The Schlage Sense resembles the existing locks that Schlage has to offer, with a pragmatic rectangular design and touchscreen keypad. However, none of Schlage's previous locks have been Bluetooth-enabled, like the Schlage Sense, which allows users to control the lock using their smartphone. Users are also able to manage several codes and authorize unlimited amount of eKeys.

The Schlage Sense is compatible with Apple's HomeKit, meaning that iOS users are able to implement Siri and, potentially, other HomeKit devices such as Chamberlain and iDevices when using the lock. In the future, Schlage plans on releasing a bridge accessory that will translate the Bluetooth signal into Wi-Fi, letting users operate the lock no matter where they are.