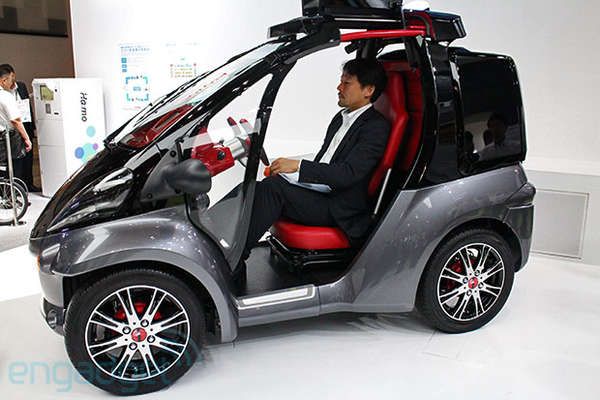 Not only is the smart insect fully electric and able to charge via a standard 100-volt AC outlet, it also has a range of motion detection and recognition features that come courtesy of Microsoft's Kinect gaming peripheral. This enables the car to identify its owner based on body shape and facial recognition, as well as predict the owner's behaviour by analyzing specific movements. Voice recognition is utilized to control certain functions such as opening doors and operating other control functions.

Inside the car, there's a wireless charging pad for mobile devices and a dash-mounted monitor that can be used for both navigational and entertainment purposes. Driver's can even adjust the climate controls via their smartphone thanks to integration with a home energy management system.

Since the Smart Insect is still just a proof of concept vehicle, Toyota currently has no plans to bring it into full production, but it's definitely an interesting glimpse at what might be in store for the future of transportation.
5.9
Score
Popularity
Activity
Freshness
View Innovation Webinars