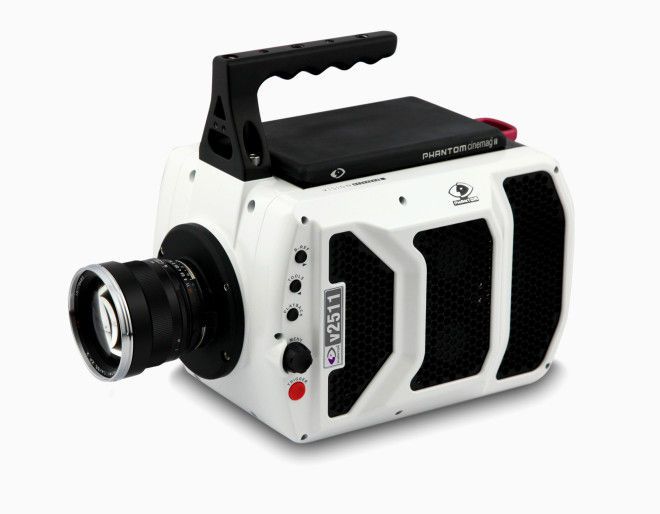 Laura McQuarrie — October 16, 2014 — Tech
References: visionresearch & wired
Share on Facebook Share on Twitter Share on LinkedIn Share on Pinterest
The Phantom v2511 is a slo-mo camera that boasts being able to capture 25,600 frames per second at a 1,280 x 800 resolution. Even without a lens attached to the device, it's a weighty one that is 17 lbs right out of the box, which makes it a beast of a video camera.

Some of the special modes on the camera are optimized for use by researchers, scientists and engineers who would benefit from being able to capture high-res images at super speeds. Due to the camera's weight, users would probably find it useful to use a mount, such as the Nikon F-mount that comes with it. Alternatively, the camera can be used in a handheld mode and stabilized with a special mode that reduces the camera shake and blur.
3.1
Score
Popularity
Activity
Freshness
Attend Future Festival