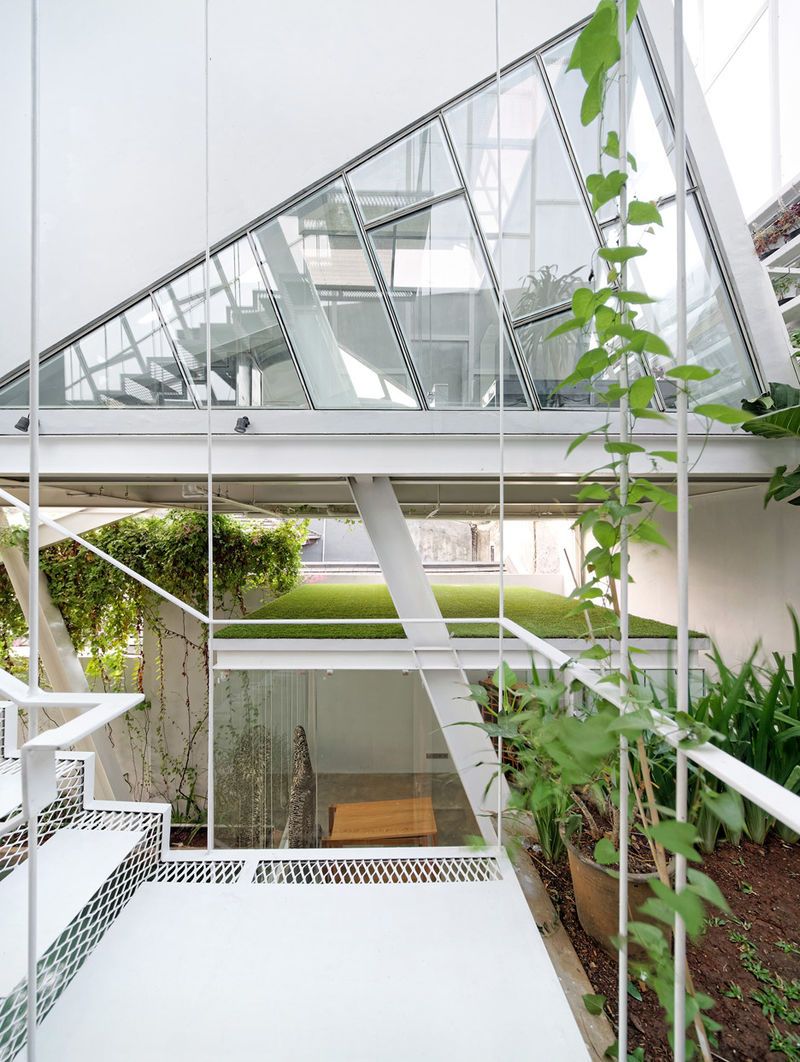 The Slanted House is surrounded by homes from prominent politicians and celebrities all of whom utilize the area to assert their cultural and social statuses. Typically, Mediterranean and European design concepts were used as a symbol of success. The Slanted House however, defies these unspoken codes, opting for a striking slanted facade -- ultimately a rejection of the community's unwritten rules.