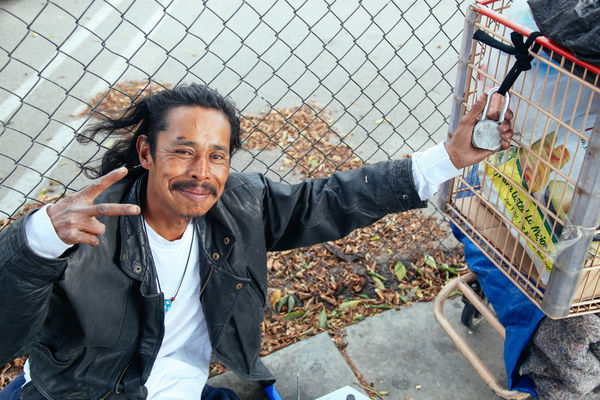 Vasiliki Marapas — April 14, 2014 — Fashion
References: johnkilar & vice
Share on Facebook Share on Twitter Share on LinkedIn Share on Pinterest
John Kilar's Skid Row photography project for VICE UK is truly inspiring. Skid Row is known as a particularly squalid, destitute neighborhood and home for the impoverished, located in the city of Los Angeles. In an attempt to gentrify, the city pursued a public health initiative -- citing a recent tuberculosis outbreak as the impetus -- that would seize the possessions of its inhabitants.

The project was interrupted by a court injunction granted to advocacy groups, who argued that what the city considered "trash," was actually the only remaining property of this marginalized group.

Intent to document the meager belongings of the residents, John Kilar headed down to Skid Row. His photographic subjects included Michelle, a 42-year-old who has been living in Skid Row for the past decade. Her "whole life" consists of her dog Skippy, a wheelchair, a dog bowl, shoes, a bag and a suitcase of clothing. Another resident, Alex, laments that, "Everybody's sh*t gets stolen every day." He carries with him a Bible, gloves, a tarp, a shopping cart, a blanket, a radio and a hat.
6
Score
Popularity
Activity
Freshness
Get Trend Hunter Dashboard