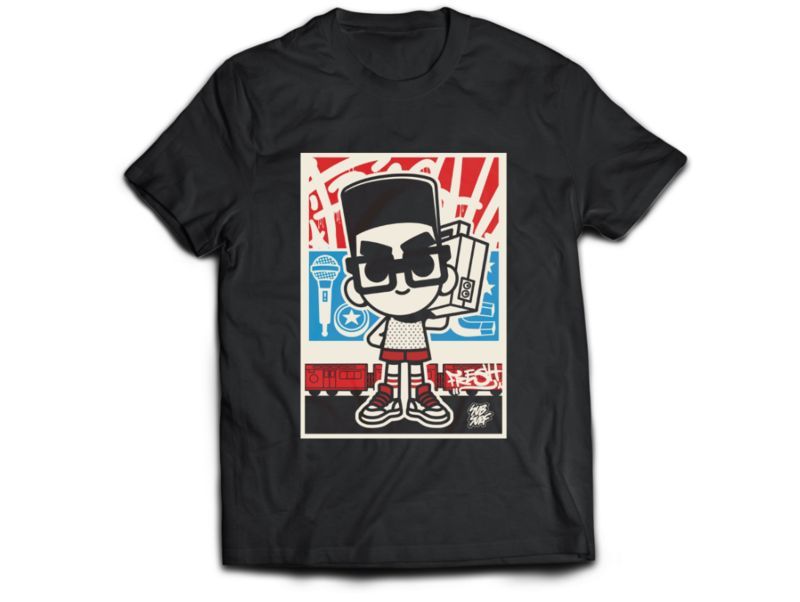 Rahul Kalvapalle — October 22, 2018 — Fashion
References: subwaysurfers & yayomg
Share on Facebook Share on Twitter Share on LinkedIn Share on Pinterest
Fans of the stupendously successful mobile game 'Subway Surfers' will soon be able to wear their favourite game on their backs, thanks to the fact that the game's creator SYBO Games teamed up with offbeat and street-wise merchandise store The Ave LA to create a skatewear collection inspired by the game's unique visual aesthetic.

Subway Surfers was the most downloaded mobile game in 2017, and as a result, developed an immensely loyal cult following of fans who simply can't get enough of the game and the enthralling fictional universe it's set in.

Enter the SUBSURF apparel collection, which includes an array of vibrant tees as well as a snazzy snapback hat. The tees overtly pay tribute to the game's memorable characters and the symbols of their youthful rebellion, as well as the sub-culture of graffiti artistry, skating prowess and mobile gaming.

In addition to representing the epitome of youthful skate style and gamer culture, the SUBSURF skatewear collection speaks to the intersection of fashion and technology in creating long-lasting fan cultures.
3.7
Score
Popularity
Activity
Freshness
Get Better and Faster

Romantic Rocker Apparel
Diamond Supply Co. Has Teamed with The Beatles for a Sentimental Lineup
play_circle_filled